The figure below shows that: 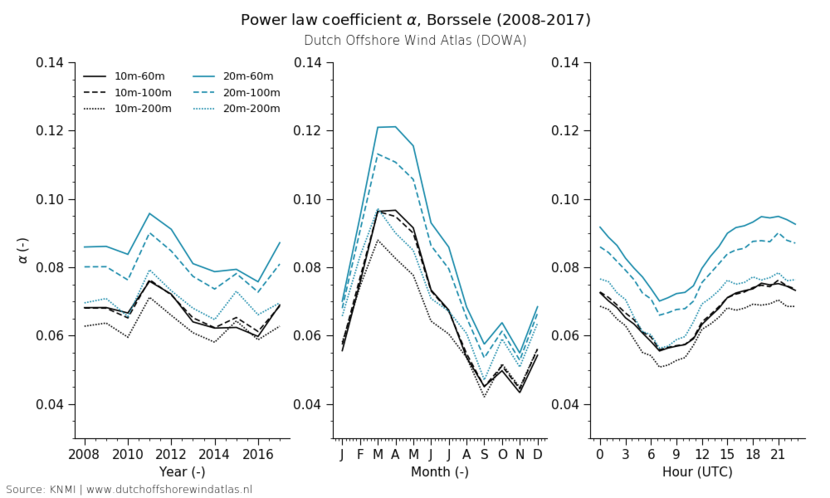 The value of power law coefficient α is much higher at Cabauw than at Borssele. This is true for all land locations compared to sea locations and a result of:

Also the diurnal cycle at Cabauw is much more pronounced than at Borssele (0.15-0.35 instead of  0.05-0.08). So, on average the atmospheric stability on land varies more during 24 hours than it does at sea over the seasons. The value of α based on 20 m winds is higher than based on 10 m winds, which is the same for Borssele. Using linear regression does not seem to make much difference.