In the maps presented in this image library, the 10 year average power law coefficient (α) is derived with the DOWA vertical wind shear between 10 and 100 m and between 10 and 200 m.

The figures below show that the 10-year average value of the power law coefficient (α) is below 0.08 at sea and (significantly) above 0.25 on land. So, at sea the value of α derived from DOWA wind speeds is significantly lower than mentioned on Wikipedia (0.11) and on land significantly higher than on Wikipedia (0.143).  The 10-year average value of α is higher on land than at sea because the atmosphere on land is on average more stable and the vertical wind speed gradient higher than at sea. 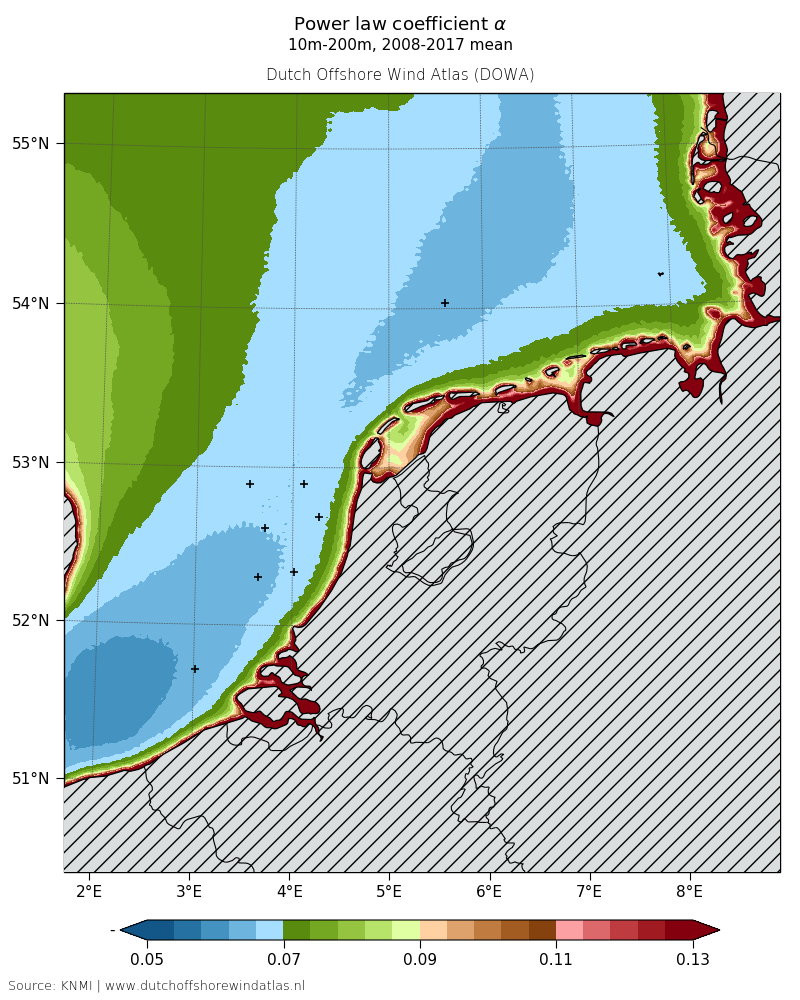 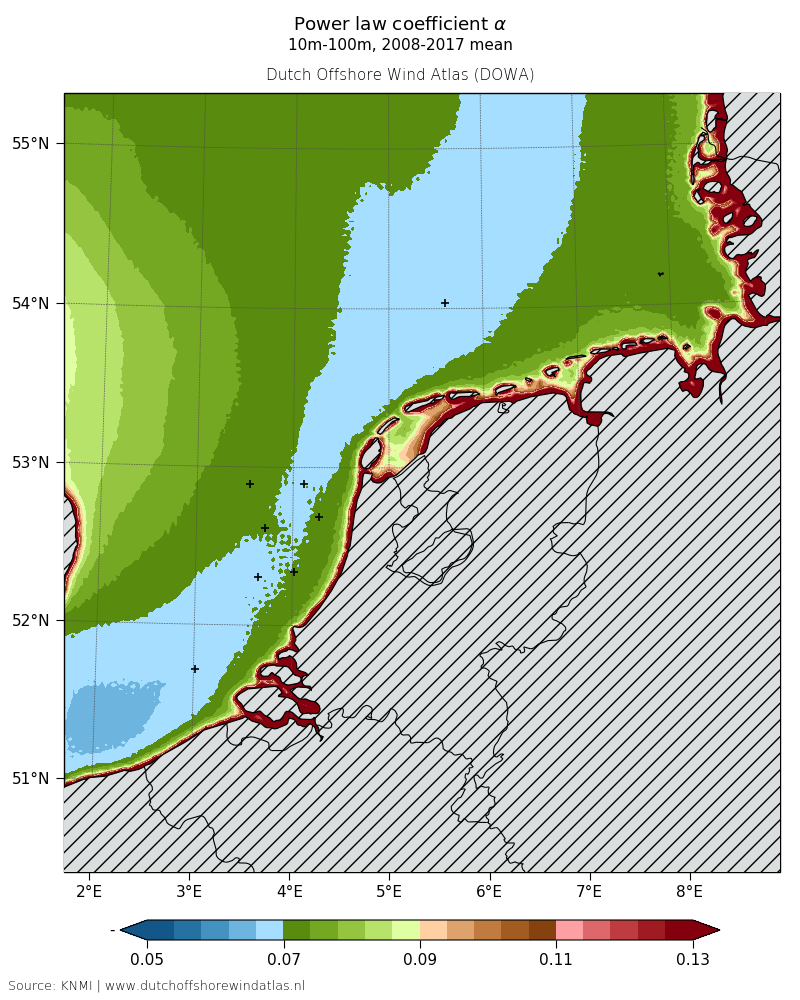